My mixed choir piece, “A Pair of Wing” from The Flight Log, will be performed at Zhongzheng Auditorium of Taipei Zhongshan Hall (Taipei, Taiwan) on November 13 (at 7:30pm) by TCO Chorus (Taipei Chinese Orchestra Chorus) with the conductor Li-Fen Chen and pianist Hsin-Jung Hsieh. It is a great pleasure for me to have this live performance with audiences in the concert hall during the period of COVID-19 pandemic (or post pandemic period). This song is mainly about the situation when the one feels discouraged and tries to be encouraged by wings of song. Hope the music could have power to let us face the unexpected challenge in the future during this serious time.

END_OF_DOCUMENT_TOKEN_TO_BE_REPLACED

Although the blizzard “Juno” will impact the northeast side of America tomorrow (January 27), there will be four concerts performing my pieces in Iceland and Taiwan this week. I am thrilled that my latest piece, Four Miniatures for Oboe and Clarinet, will have its Iceland tour this week. It will be a debut of my piece in Iceland as well as a part of concerts of Foot in the Door Contemporary Ensemble of the Hartt School. The Iceland tour of my piece is including three concerts, Mengi at Reykjavík on 9pm January 28, Gullkistan at Laugaravatn on 12pm January 30, and Sunnlenska Bókakaffið at Selfoss on 5:30pm January 30. Thank oboist Ling-Chun Yeh and clarinetist Alexander Kollias for bringing this piece to Iceland.

On 6pm January 31, Taipei Century Choir and conductor Li-Fen Chen will perform my piece, The Flight Log for Mixed Chorus and Piano, again at the National Palace Museum in Taipei, Taiwan. Free Admission! If you have free time, please come to the concerts for supporting the musicians, singers and me. Thank you very much! 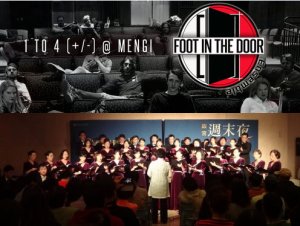 END_OF_DOCUMENT_TOKEN_TO_BE_REPLACED

The Flight Log for Mixed Chorus and Piano will reprise twice in Taiwan, one is in Changhua on September 21 and another one is in National Concert Hall in Taipei on October 1. I am excited that finally Taipei Century Choir will perform this piece which was commissioned by them, and especially thank the conductor Li-Fen Chen for making these two performances possible. In the meantime, Taipei Century Choir will premiere a new work of Hui-Ni Chang, Rain, Dew, Frost and Snow, in the same concerts. The Flight Log will be the last piece in the concerts and this is a piece using three different flying objects, stars, a kite and wings, to describe three different stories of chasing a dream. Please be there for supporting Taipei Century Choir and me, and you will fly with my words, my notes and the power of live concerts. Thank you. 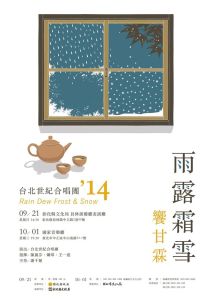 END_OF_DOCUMENT_TOKEN_TO_BE_REPLACED

I.  Stars of Night
II. Bright Blue Sky
III. A Pair of Wings 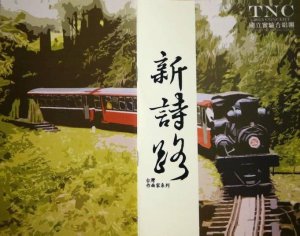 I was back to Taiwan for the winter break on December 7, and I am glad that I am able to come back earlier before the end of the fall semester to listen to the premiere performance of my choral piece The Flight Log for mixed chorus and piano. I composed this piece in 2005 (eight years ago), and finally it will get the premiere opportunity on December 11, 2013. Thank the conductor Li-Fen Chen to make the premiere performance possible. Thank Taiwan National Choir and the conductor Chun-Chiang Chiu for willing to learn this piece and perform it in National Recital Hall. It makes me feel grateful that such a dusty piece in my bookshelf is going to reborn and become a real sound to the world; in the meanwhile, I am checking the oneself I have been before and grabbing the precious memories through my music. I am looking forward to it!

END_OF_DOCUMENT_TOKEN_TO_BE_REPLACED

The Message of the Wind (2006)
for Mixed Chorus and Piano